Egypt and its North African neighbors are facing terror threats, economic pressures and political uncertainty as a year of regional turmoil draws to a close and a rocky future looms on the horizon. Egypt suffered a series of major terror attacks against civilian and military targets in 2017, causing significant loss of life and economic damage. As the so-called Islamic State group crumbles, analysts predict more violence to come. 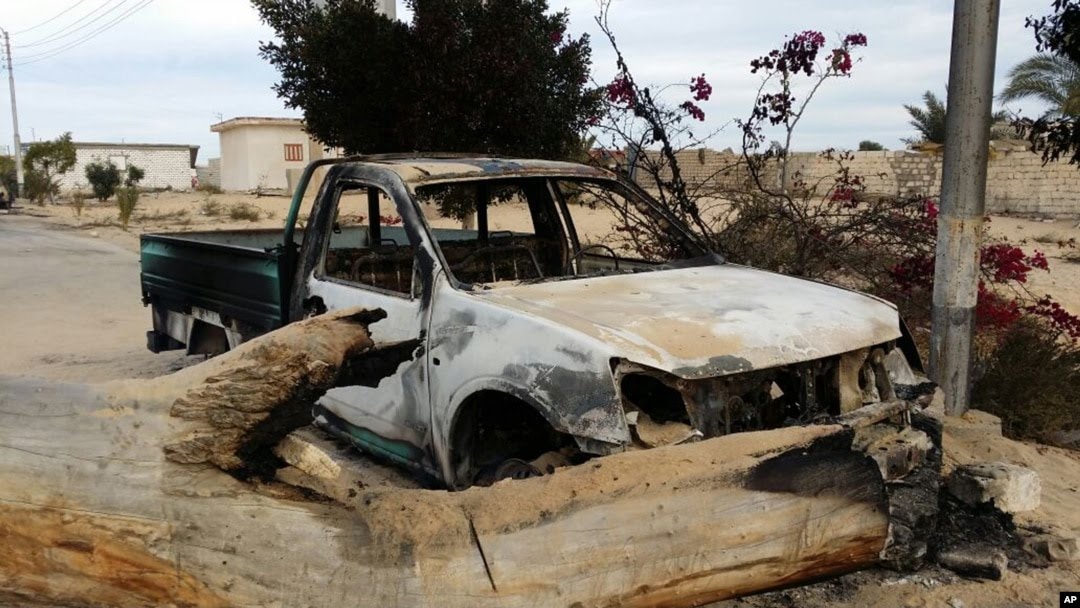 FILE – A burned truck is seen outside Al-Rawda Mosque in Bir al-Abd northern Sinai, Egypt a day after attackers killed hundreds of worshippers, on Nov. 25, 2017.

«Because the so-called Islamic caliphate is collapsing in Syria and Iraq, we will then see a massive return of some of these jihadis, who would be able to penetrate within the communities of North Africa,» said David Otto of Global Risk Management. Both Tunisian and Egyptian security forces have battled Islamic militants infiltrating from neighboring Libya, a cauldron of political chaos and terrorism. Rival Libyan governments have complicated the already thorny security situation across vast swathes of the country and its porous border. Analysts say a political solution is key. 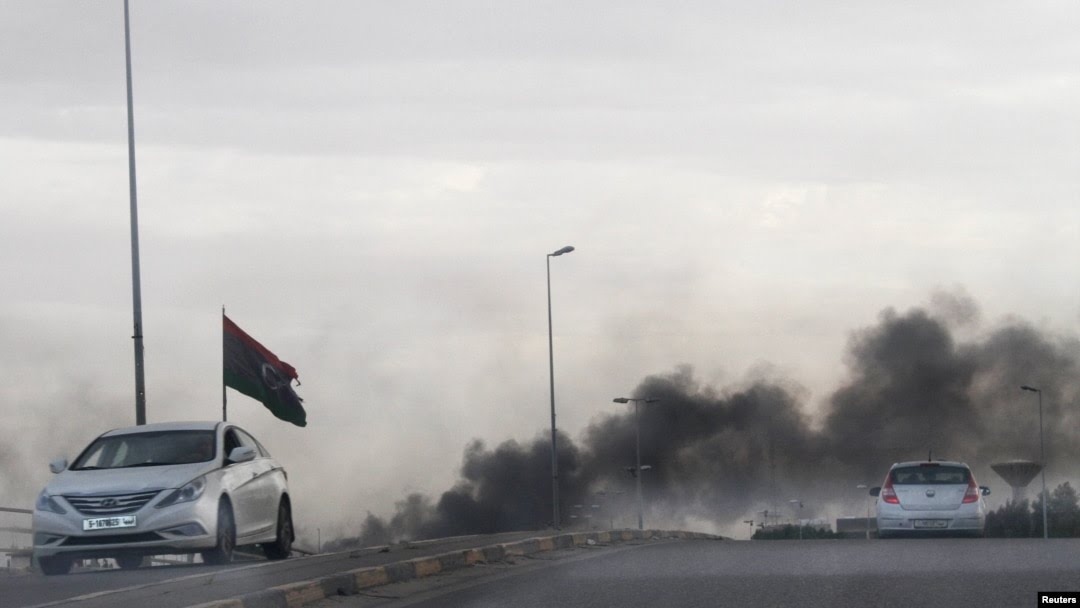 FILE – Smoke rises during heavy clashes between rival factions in Tripoli, Libya, May 27, 2017.

«Libya, which is very strategic with that region that acts kind of like a bridge between that region of North Africa and central Africa, part of areas like Mali, Chad and Niger and then towards the Mediterranean in Europe. If we still have this kind of instability within Libya, then it would be difficult for most of these North African countries to be able to deal effectively with a situation.» With 95 million people, Egypt is the Arab world’s most populous country and its security and economic situation affects both the Middle East and North Africa. A troubled economy represents a huge risk.»The GDP is not rising, no sources of revenue have been created and tourism has not picked up,» said Egyptian journalist Hisham Kassem. 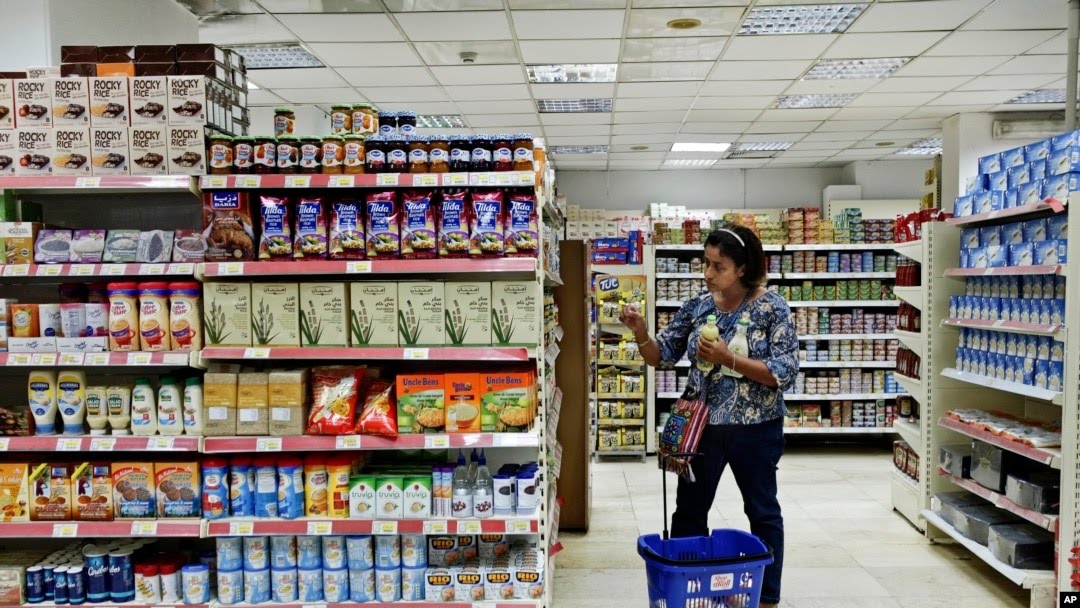 FILE – A woman shops at a supermarket in Cairo, Egypt.

A big hurdle for Egypt in 2018 will be the presidential elections happening amid a bitter divide between Islamists and liberals who are not necessarily on the side of incumbent President Abdel Fattah el-Sissi. «On the political front, clearly there is no reconciliation happening in the country. The division is becoming very clear,» said Kassem. Algeria, the Arab world’s second largest country, also faces political and security challenges in 2018 as many expect incumbent President Abdelaziz Bouteflika to run for a fifth term. 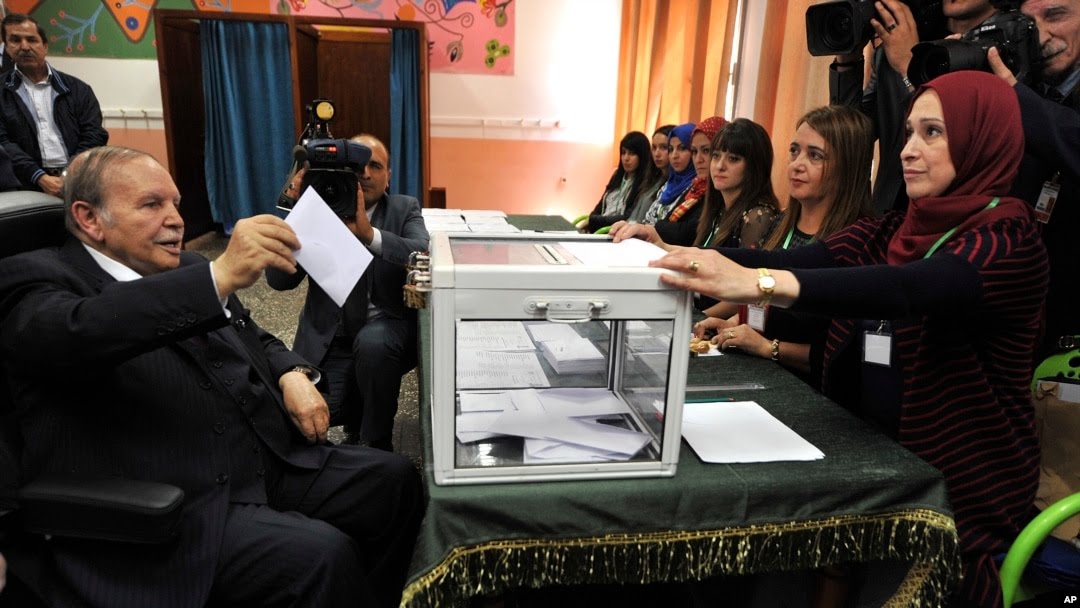 Like Egypt, Algeria has a large population of young people who feel they have no say in their future. Providing jobs for them, analysts say, is the most serious challenge facing regional leaders in 2018. «You have North Africa, which has a growing population of young people who are disenfranchised, young people who are unemployed, so we have to be looking at building capacity, towards looking at a prevent program within communities…,» Otto of Global Risk Management. Analysts say if regional governments do not find solutions to the increasing droves of unemployed young people, the ongoing tragedy of refugees trying to flee by sea to Europe is likely to get worse, threatening the stability of Europe and the likelihood of more lives lost at sea.

David Otto Institutional Representative of SECINDEF (Security Intelligence and Defense) Israel-USA International Consulting Counterterrorism in the United Kingdom and collaborating analyst of OCATRY (Observatory against the Terrorist Threat and the Jihadist Radicalization) David Otto is the Director of TGS Intelligence Consultants Ltd and the Preventing Radicalisation and Violent Extremism Programme – Step In Step Out (SISO) – based in the United Kingdom. He is also Senior Counter Terrorism Advisor for Global Risk International.